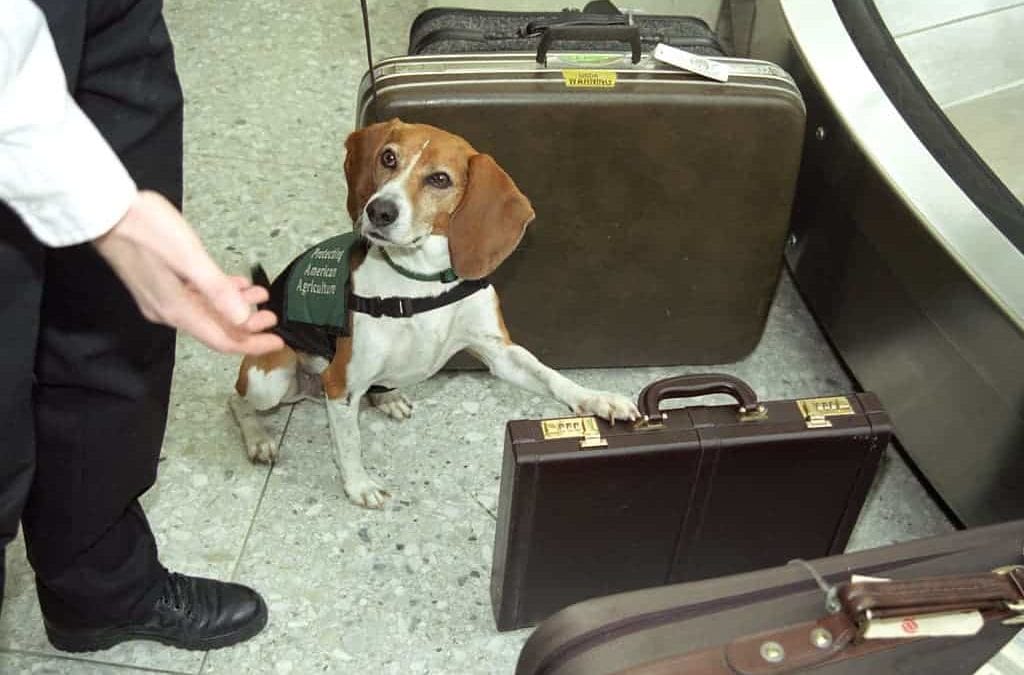 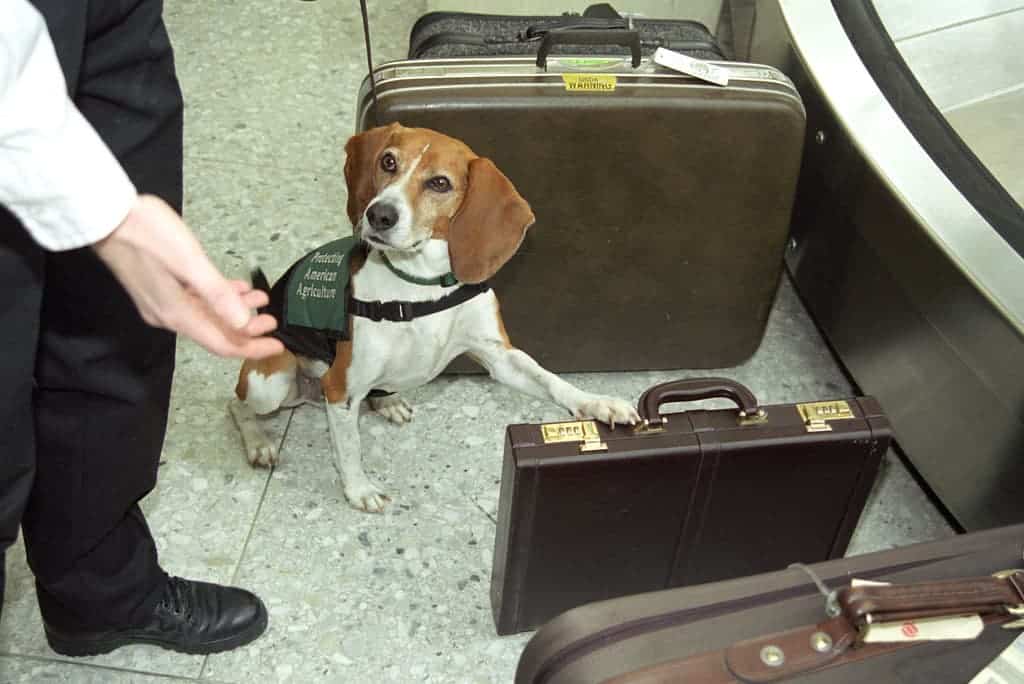 Why are policies changing for emotional support animals on planes? 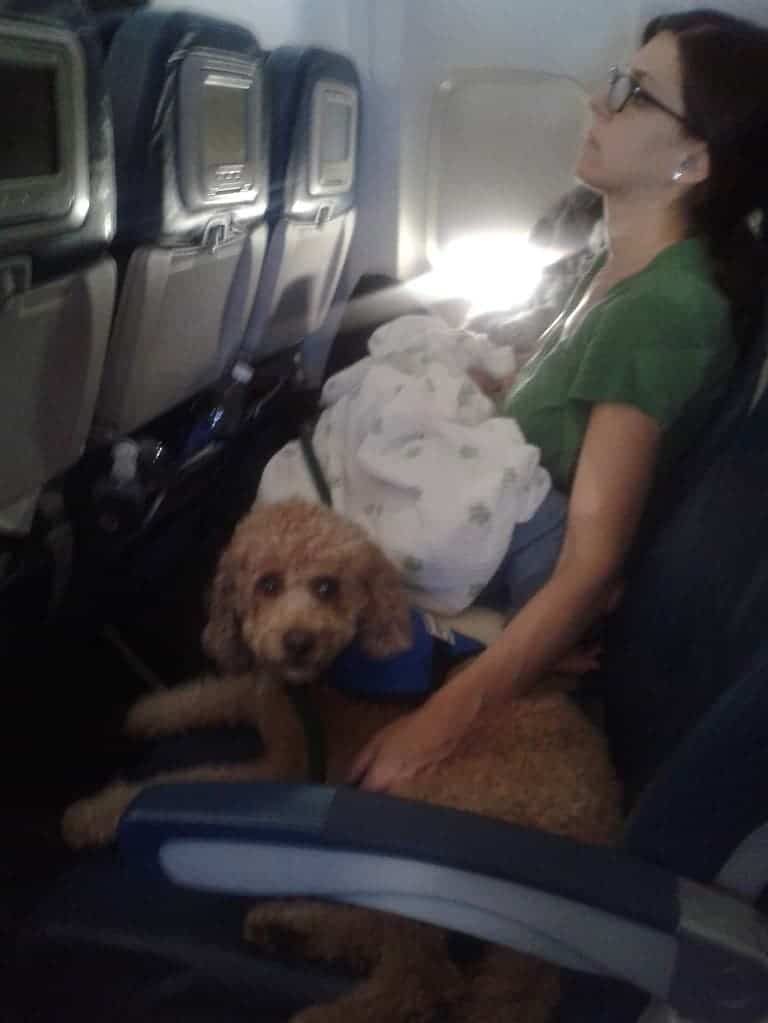 Until recently, anyone who wanted to take their emotional support animal (ESA) on a plane didn’t have too much red tape to get through. The only requirement was that they present a letter from their mental healthcare provider, stating that the animal in question was necessary for emotional support.

Unfortunately, this policy became commonly used as a loophole for pet owners who didn’t want to pay the $75+ onboard pet fee that a typical airline would charge. A small industry actually grew up around providing pet owners with letters that would identify their pet as an ESA, which led to a high number of in-air incidents involving untrained animals. Not only were there dogs and cats brought onto planes as ESAs, but also birds, pigs, rabbits, reptiles, and rodents.

While fraudulent ESAs were a big part of the problem, the real ones (like those from the National Service Animal Registry) weren’t necessarily any better. An ESA is only required to have the same amount of training as an ordinary pet – in other words, it isn’t required to have any training at all. Airline staff and disgruntled passengers felt that it wasn’t enough to simply make it harder to fake having an ESA, since the purpose of the animal wasn’t the issue; by the time steps were being taken to fix the problem, most people felt like a clean sweep was the best way forward.

What are the new ESA flying guidelines?

Consequently, the Department of Transportation decided that it would take concrete steps to reduce the number of animal-related incidents on airplanes. On December 2nd of this year, the DOT announced that starting in early 2021, only registered service animals would be allowed to accompany their owners without extra fees or crates. Service animals, in this case, would be restricted to dogs, and the owners would need proof that the dog had been trained to mitigate the effects of a specific disability. The new definition mainly follows the guidelines laid out by the Americans with Disabilities Act, without considering miniature horses to be service animals. 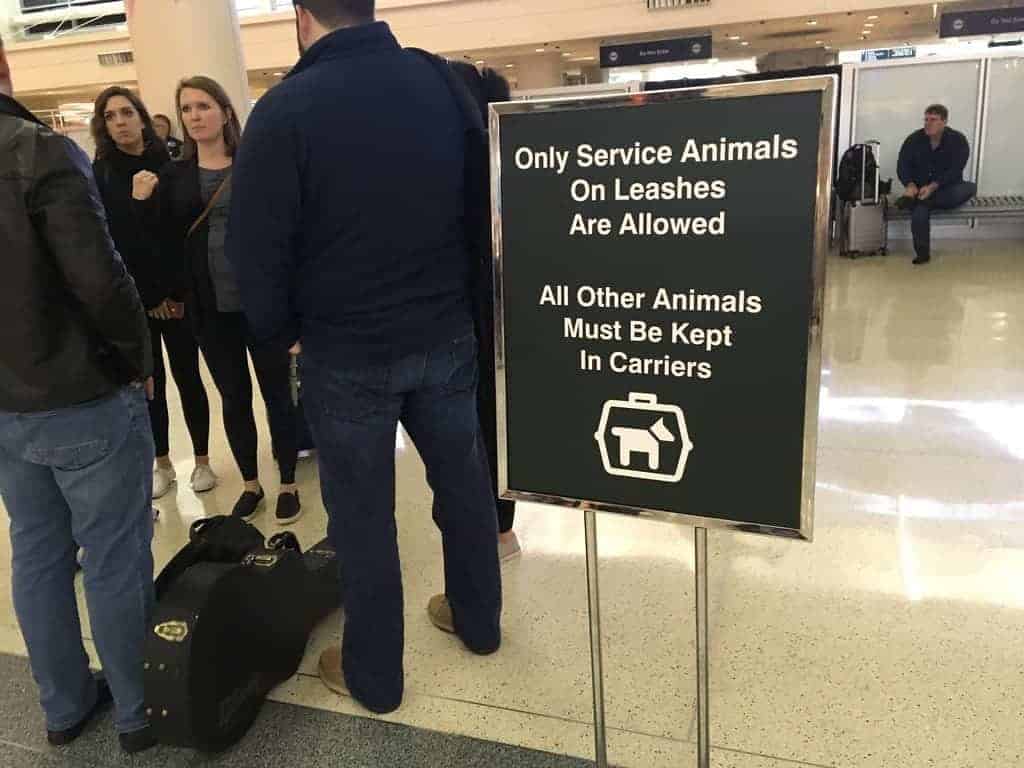 Because of this new definition, ESAs will effectively be reduced to the same status as ordinary pets. Their owners will have to pay the applicable fees, and the pet will have to be restrained with a leash or crated. Also, if any animal is showing signs of aggression or other disruptive behaviors, an airline has the right to deny the animal entry to the passenger section of the plane. Simply having a letter from a mental healthcare provider won’t be enough; there has to be proof of training for a specific task related to the owner’s disability.

Yes, these new regulations don’t specify that an animal has to be trained to behave appropriately around people, but the regulations will still end up excluding untrained animals. Service animals are generally very well trained, and the updated regulations assume that any animal that can guide a blind person through crowded spaces will have enough self-control to avoid biting other passengers, or relieving itself without alerting its owner.

What do these changes mean for owners with service dogs?

Owners of ESAs will have the biggest changes to deal with, but people with service animals will have to make 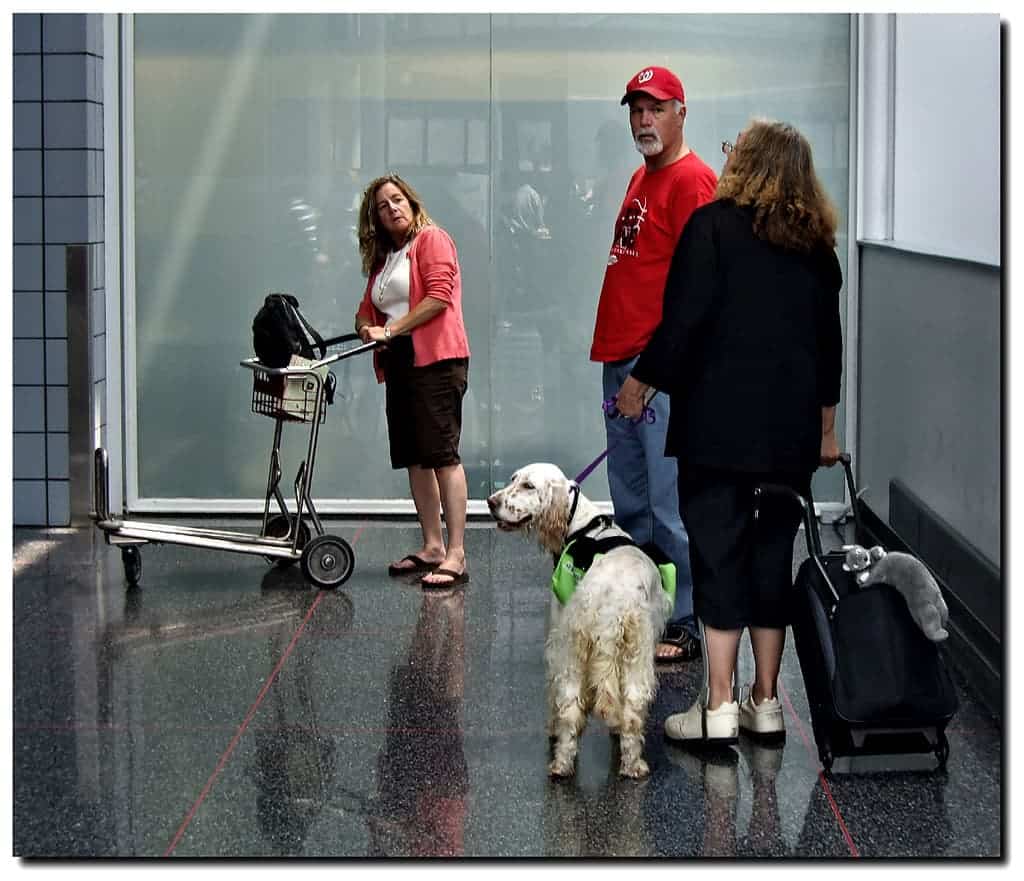 adjustments as well. The 2021 regulations will require any service dog to be appropriately restrained with either a halter or a leash; an exception will be made only if this type of restraint would keep the animal from doing its job.

Another major change in requirements is that all service animals must fit on either their owner’s lap, or under the plane seat. While airlines can’t exclude specific breeds, this does effectively rule out some larger dog varieties. Each individual is allowed to bring a maximum of two dogs with them, which is also a new rule.

When the new regulations were announced, ESA advocates weren’t happy. As many as ten months before the announcement, the DOT had indicated that changes to the current rules on ESAs and service dogs were underway. More than 15,000 comments were posted, and over a third of them strongly urged lawmakers not to alter the status of ESAs. Even though this feedback was considered when the time came to draft the new regulations, the decision was ultimately made to stop allowing unrestrained ESAs onto planes.

For anyone with an emotional support animal, this could be hard to accept. The overall response from people with ESAs has been that this rule would make plane travel even more difficult than it already is. If someone has a condition like PTSD, anxiety, or depression, it could be so severe that plane travel is impossible for them without the presence of their ESA. If their support animal doesn’t fit the guidelines that apply to regular pets for onboard plane travel, this could effectively bar them from using airlines altogether.

The most optimistic view of the new regulations is to look at them as an overreaction to a relatively new phenomenon. The number of pets being transported on airlines has increased dramatically in the past few years; according to Delta Airlines, a quarter-million animals flew on their planes in 2017, but by 2019 the number had risen to well over half a million animals. Whatever the failings of ESA training requirements, it seems that they were the beginning of an issue that grew way beyond them.

ESA owners may be dealing with the consequences of something they’re only partly responsible for, but for now that’s just the hand they’ve been dealt. Airline travel won’t be as easy anymore, but for most people it won’t be impossible; it’ll just take a bit more planning beforehand. 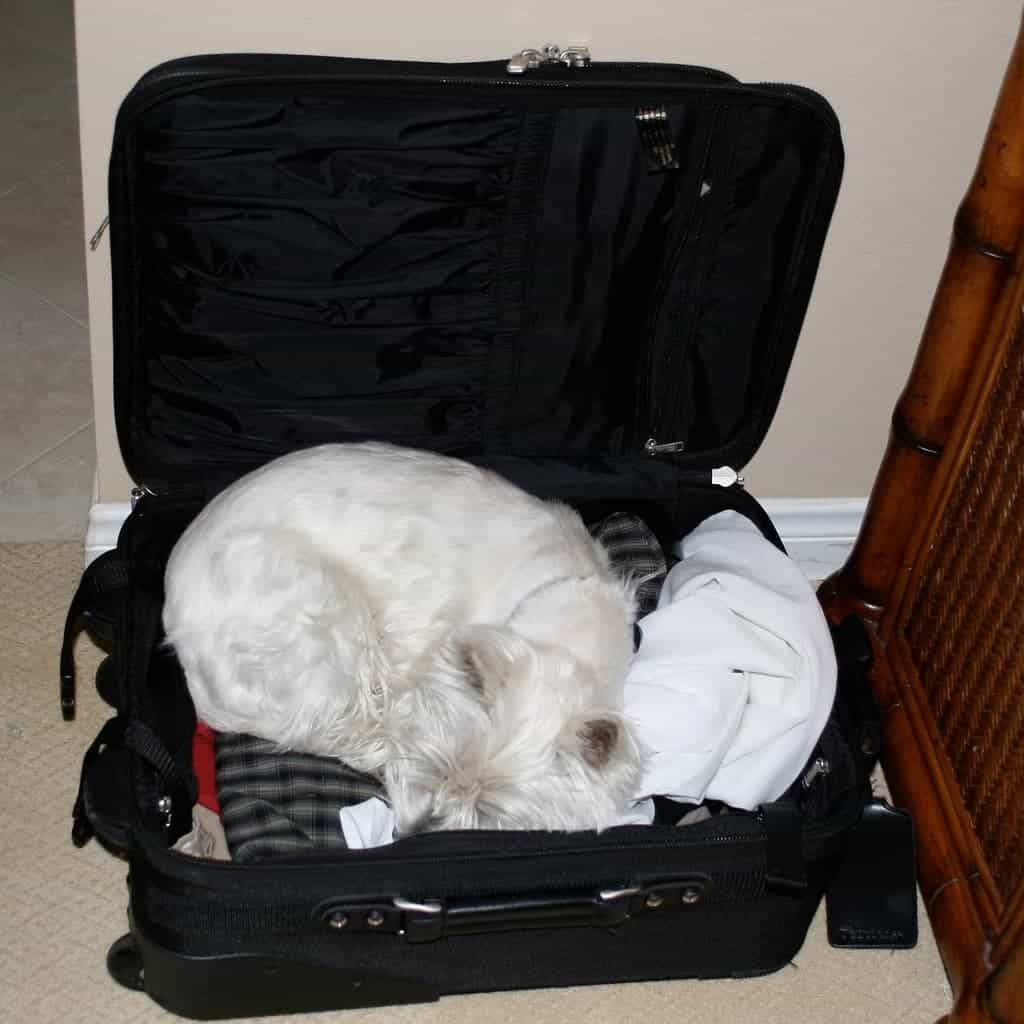 Sorry Scottie, not this time!

Why Music for Pets?

Why Music for People?

How Our Music Works

Take a Sonic Inventory of Your Sound Environment

Together All the Time: At Home with Pets During Covid-19

Keeping Your Dog Occupied at Home During Quarantine

Separation Anxiety And Your Dog: The Complete Guide

Why Music for Pets?

Why Music for People?

How Our Music Works

Take a Sonic Inventory of Your Sound Environment

Together All the Time: At Home with Pets During Covid-19

Keeping Your Dog Occupied at Home During Quarantine

Separation Anxiety And Your Dog: The Complete Guide

Why music for noise phobias?

What if I have a dog AND a cat?

Does the iCalmPet speaker come with a guarantee?

Can I use iCalm for myself, or is it only for pets?

Why music for noise phobias?

What if I have a dog AND a cat?

Does the iCalmPet speaker come with a guarantee?

Can I use iCalm for myself, or is it only for pets?